If you live in Miami, you’ve likely befriended (hopefully!) someone who is Jewish. Part of living here is steeping yourself in our exquisite diverse food cultures, and Jews bring a lot of food to the table, literally, as our food is sacred to us culturally and religiously. Jewish dietary laws (kosher/kashrut) vary in practice according to the practitioner. But general laws exclude shellfish, pork products, and any animal that doesn’t have split hooves AND chew its own cud. Kosher laws also forbid mixing poultry/meat with dairy products in the same meal or even using the same plates/storage at times. Kosher slaughter laws and supervision extend into a very detailed set of laws and codes. If you’re looking for a great kosher Miami restaurant roundup guide, comment below or send me a DM and I’ll jazz one up in the coming months!

For now, here are some (but nay, not all) of my favorite Jewish nutrient-dense foods for you and your family to try. You can find these at local Jewish delis, kosher markets, or Middle Eastern markets. Since there are a few different types of Jewish ethnographies (Ashkenazi, Sephardic, Mizrahi, etc.) our food customs/items differ a bit according to the region from which we are descended. I am of Ashkenazi descent (99.9% per 23andMe, interestingly) but my husband is mostly of Sephardic descent and also is Colombian-born. Many Latinx Jewish food influences can be found here in Miami food culture as well (all-chicken paella, for example.)

And now, drumroll/blowing of the shofar (a Jewish religious instrument for our New Year), for:

This is a typical Passover food made of chopped apples, cinnamon, and walnuts. Sephardic traditions use dates. Both may sneak in a tipple of wine. Regardless, it’s a high fiber, plant-based, delicious snack we should really enjoy year-round on matzo (Passover crackers) or whole grain toast.

This is our smoked and cured salmon that perches atop a bagel and cream cheese. It’s a potent source of omega-3 fatty acids, protein, and vitamin D, and is considered anti-inflammatory. While not suitable for pregnant women (wah!) because it is considered a “deli” meat, the rest of you can enjoy nova (less salty) or lox on whole grain toast, crackers, in a wrap, or sandwich.

Pickling vegetables provides a double nutritional benefit from fiber AND probiotics (live beneficial microorganisms) nascent in the pickling process. Pickled vegetables are an awesome family snack. Not just limited to cucumbers–we typically enjoy pickled beets, okra, cabbage (sauerkraut), carrots, onions, or just about anything we could scrounge for back in Eastern Europe when this preservation method did well in harsh winters. 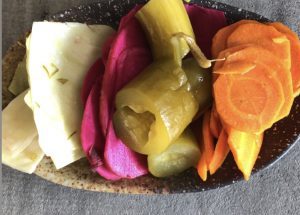 A staple of various meals in Israel, hummus is fairly well-known now in the US (yay!) along with its BFF, baba ghanoush (eggplant tahini spread). Hummus is made from ground up garbanzos, sesame paste, garlic, olive oil, salt, and lemon juice, often topped with paprika. It’s a high-fiber, high-protein, plant-based amazing spread or snack. I like to use it as a sauce as well. Unfortunately, my son is allergic to sesame, so I don’t keep it in the house. But I am definitely a hummus fiend when outside my home. 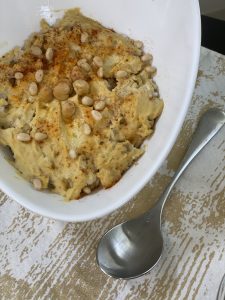 This is a fermented cheese made from kefir that is fluffier than cream cheese, but similar in taste and texture. Since it also has those beneficial probiotics, I like to use it as a spread, made into a dressing, lopped onto a plate plain, or straight out of the jar.

Definitely an acquired taste! Chopped liver has virtually every vitamin and mineral known to man. So, a little goes a LONG way on a bagel, toast, crackers, etc. For those looking to weight restore, or children who need extra nutrition, chopped liver is clinically useful. For the rest of us, it’s rich and delicious.

Typical of Eastern European beet harvests, borscht is a beet-based soup. It can be enjoyed hot or cold with all the phytochemicals (plant power/nutrients) from its beets. Sometimes it is topped with cream, and sometimes other root vegetables swim around in there. Beets are sweet without being candy-like, and this hearty soup has served us for millennia.

Extremely fun fact: drinking (moderate) amounts of wine is part of various Jewish ceremonies, like our weekly Friday night (Shabbat) dinner and wedding vows. Whether it relaxes you and leads to a bit of stress relief and/or allows you to connect more deeply with G-d–regardless, a touch of kosher wine for whom it is appropriate can be included in a healthy intake.

Enjoy nutritious and sumptuous samplings from your local Jewish eateries and friends. If you’re curious, ask your Jewish friends for more details about kosher and our food cultures–it’s truly fascinating! 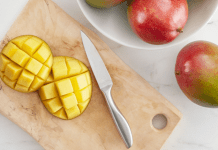 Mango Season: Fun and Delicious Recipes to Make With Mangos 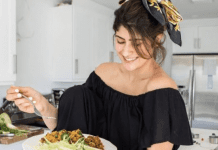 Arroz Con Gandules: A Seasonal Dish With a Twist 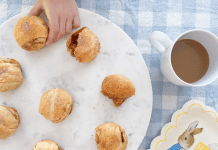