Pizza, donuts, cake, waffles… I never thought that my favorite foods would end up making me feel sick. The truth is, they were making me unwell for years, and I had no idea. I have struggled with migraines since I was a young child, but never identified any food triggers. A family friend with celiac disease had always urged me, “try cutting out gluten.” The idea sounded blasphemous to me.

For most of my life, and even through grad school, I missed class frequently due to debilitating migraines. I slept 8+ hours at night, napped in the afternoon, and still felt tired all the time. I thought that was just me; a real-life Sleeping Beauty, perhaps? When I had 3 months off between graduation and my board exams, I decided to give going gluten-free a try. I went into it very skeptically, but I figured I had nothing to lose. I always liked science experiments, and so my food experiment began.

It Was Hard at First

Going gluten-free meant completely shifting my daily routine. I was used to having toast or muffins for breakfast, a hearty sandwich for lunch, and something like pasta (or my favorite: pizza) for dinner. I have always had a major sweet tooth, and packaged gluten-free desserts too often taste like cardboard. There were ingredients I didn’t even know were code words for gluten: wheat, barley, rye, malt, bulgur, couscous, farro, etc. I was overwhelmed, to say the least. But I decided to stick with it. Once I shifted my grocery habits, eating gluten-free started to become second nature. I bought more whole food ingredients, fewer packaged foods, and overall I felt like a more informed consumer. My daily breakfast became yogurt with fruit, dinner shifted to meals with rice or potatoes and a lot more vegetables, and I always made enough to have leftovers for lunch. While I overall felt healthier and more empowered after the first few weeks, I didn’t notice much of a difference in my migraines, at least not yet.

After being gluten-free for several weeks, I wanted to throw in the towel. I decided to continue until the 2-month mark, and that’s when I started to see the difference. “Brain fog” is often a symptom of gluten sensitivity, but I never thought I had experienced it. That is until the fog lifted. I remember the moment I thought, “I can’t believe I have had brain fog my whole life!” All of a sudden, I could think more clearly, I didn’t feel tired all the time, I could go a day without napping, and I stopped having nearly daily migraines. Now, 6 years later, I am still gluten-free. I have not been formally diagnosed with celiac disease, and I have found that cross-contamination does not bother me (although it can be very dangerous for individuals with celiac disease). I have found great recipes that I make frequently at home and still enjoy delicious gluten-free versions of pizza, chocolate cake, and even bread! For me, it’s worth the sacrifice to feel well and in control of my body.

It’s Not for Everyone

My husband and children do not eat gluten-free. There is nothing inherently “bad” about wheat or gluten, and in fact, whole grains should be part of a healthy diet. I feel thankful that I have found a solution to my frequent migraines and abdominal symptoms, but I know that being gluten-free is not the solution for everyone. If you suspect that you may have a food sensitivity or are struggling with chronic symptoms, be sure to consult a medical professional before making any major changes. Your physician can help point you in the right direction and carry out any necessary testing. 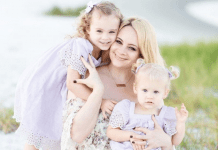 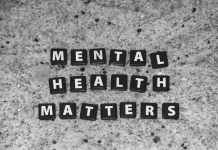 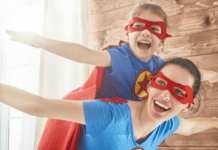 Boosting the Immune System for a Great School Year Ahead