It was freezing that day. Literally. My husband and I had flown up to Northern VA to spend Christmas with my family and made plans to spend the day doing the tourist thing in DC. My dad was our tour guide, leading us to some of his favorite places downtown: the White House, International Monetary Fund Headquarters, WWII Memorial, Natural History Museum, and a ton of things in between. Having grown up in the DC Metro area, I’d been to many of these places before. But the place that impacted me the most on that particular trip, that made the miles of preggo waddling and frigid wind chill worth it, was the Martin Luther King, Jr. Memorial.

It was powerful and stunning, like the force that he was.

He accomplished much in his short life, which was taken from him when he was fatally shot in Memphis, TN, at the young age of 39. In a span of only 14 years, he used his influence to lead the fight for civil rights legislation and equality for African-Americans at the local, state, and federal levels. And though his life was cut so painfully short, the legacy of his dream continues to inspire hope and call for change in our society… for true freedom for every American.

The Reverend Dr. King in Miami

During the Civil Rights Movement (1954-1968), Martin Luther King spent a lot of time in Miami. In fact, I recently learned that he gave an early version of his iconic I Have a Dream speech at the Historic Hampton House in 1960, where the who’s who of Black entertainers, influencers, and athletes stayed during segregation in Miami. I asked a friend of ours whose family ran the restaurant at the Hampton House if his parents knew Dr. King. His mother described him as having a presence and a seriousness about him, that he was known primarily as a reverend, and also shared memories of his ability to cut loose and laugh with friends during his many stays there.

Martin Luther King, Jr. Day, which falls on the third Monday of January, is an annual federal holiday marking the birthday of Dr. King. And though it’s always a good time to discuss Dr. King and his dream, it’s an especially meaningful time to engage our children in discussions of his vision and what he fought for, and involve them in local opportunities to serve.

Things look a little bit different due to the ongoing pandemic, but here’s a list of some of the local MLK events taking place this year:

The YMCA will be hosting an inspirational virtual event beginning at 8 am. This year’s keynote speaker will be Reverend James Lawson, a key figure of the Civil Rights Movement.

MLK Day of Service: The Everyday Choices of Poverty (Jan 16)

This simulation, sponsored by YWCA of South Florida in partnership with United Way Miami-Dade, will help participants learn about the daily decisions many people who live paycheck to paycheck must make. The goal of this unique event is to raise awareness of racial and social justice issues in South Florida. Spaces are limited and registration is required. The event takes place from 8:30-11:30 am.

This free, live-streamed event will feature performances reflecting Dr. King’s principles of non-violence. Register here for the Zoom link or stream live from the Arsht Center’s YouTube channel. The program begins at 7 pm.

In 1977, Miami made history when it became the first city in the U.S. to host an MLK Day Parade! Due to the ongoing pandemic, this year’s traditional parade will continue through a virtual broadcast that recalls Dr. King’s civil rights work in Miami. Check here for broadcast updates.

Talking With Our Children

It can be challenging to discuss difficult aspects of our history with our children. But it is also necessary. Here are a few books I’ve found to be useful in helping my young children understand who Dr. King was and the significance of his dream:

I believe that unarmed truth and unconditional love will have the final word in reality. This is why right, temporarily defeated, is stronger than evil triumphant.  –Dr. Martin Luther King, Jr. 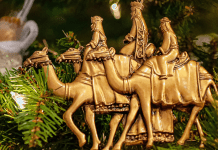 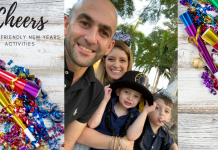 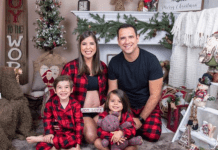 Christmas: What I Want My Children to Learn

Lynda - November 13, 2020 0
This guide is brought to you by Pinecrest Gardens A Resource of Miami Area Holiday Events & Activities It’s the most wonderful time of the year...

2020 Guide to Hanukkah Events in Miami