Hanukkah, or The Festival of Lights, begins on the 25th day of Kislev in the Hebrew calendar and is observed for eight nights and days. Because the calendars are different each year, it sometimes overlaps with Christmas or even Thanksgiving! However, Hanukkah and Christmas are not synonymous. Christmas is a much celebrated holiday whereas Hanukkah is not a major holiday.

So what is Hanukkah anyway? Well, the story of the Hanukkah miracle began in the city of Modi’in, the birthplace of Judah Maccabee. Basically, some 2500 years ago, a Syrian king wanted to force Jews to worship Greek gods and took over their temple. A group of Jews called Maccabees rebelled and after three years, were victorious. However, the temple was left in shambles. Once the temple was rebuilt, they rededicated it to God by lighting a menorah. They only had enough oil to last one night but, somehow, the oil burned for eight days. It was a miracle! The word Hanukkah means dedication and the hanukiah–a candelabra with nine candles instead of seven–symbolizes how God looked after the Jews during such a difficult time. 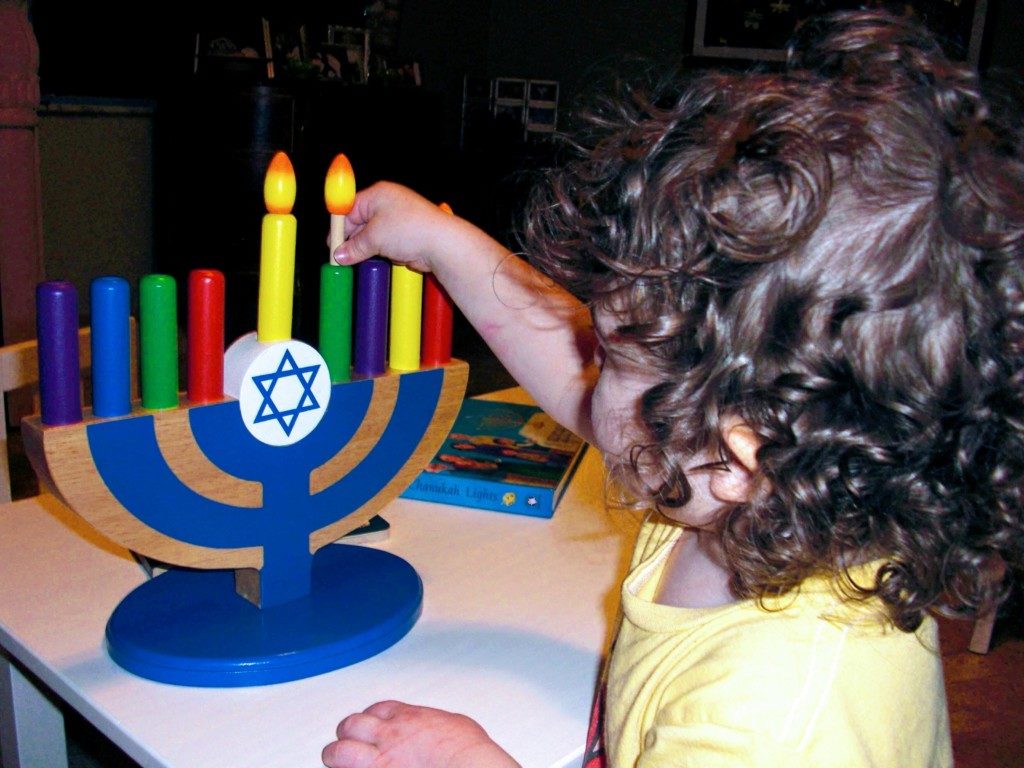 We celebrate Hanukkah by lighting a candle in the hanukiah each night and reciting a blessing. We eat a lot of fried food (such as latkes) and sufganiyot (a round jelly filled donut), we play dreidel and hand out gelt (money or chocolate coins given to children during the festival).

Fun fact: the dreidel is generally associated with Hanukkah. However, the game of dreidel originally had nothing to do with Hanukkah- Surprise! The game has been played throughout history around the world and in many different languages. Known as totum throughout England and Ireland, it’s a popular Christmas game. The Eastern European version is based on the German equivalent of totum.

Each side of the dreidel bears a letter of the Hebrew alphabet that forms an acronym. In the US, dreidels have: נ‬ (Nun), ג‬ (Gimel), ה‬ (Hei), ש‬ (Shin), Nes Gadol Hayah Sham – that acronym means “a great miracle happened there.” However, dreidels from Israel do not have the letter Shin. They have the letter פ (Peh) which stands for the word “Poh” – which means “here” in Hebrew. Those dreidels say “Nes Gadol Hayah Poh” – “a great miracle happened here.”

May the light of the season help you see the good in others, feel peace in your heart and find joy in motherhood. From my family to yours, Happy Hanukkah! 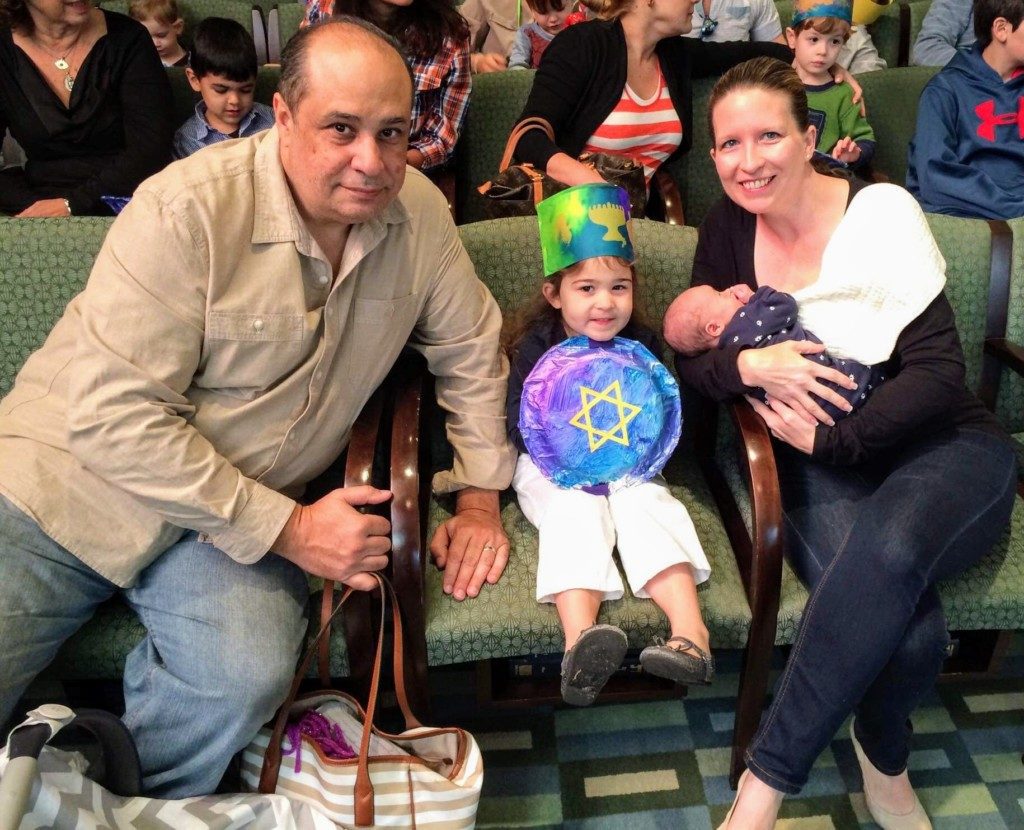 After a 14-year career as a senior paralegal, Jodi Miranda has spent the last 6+ years helping families achieve their breastfeeding goals as the founder/owner of Udder Access.  As a Certified Lactation Educator, she equips families with the knowledge and resources they need to achieve a successful breastfeeding experience.  As a Certified Lactation Counselor, she conducts in-home consultations and provides support to moms and babies as they negotiate their breastfeeding journey together.  In addition to providing individual and group support, she also offers a prenatal breastfeeding class and a working mom workshop.  Jodi is a proud Girl Scout leader, homeschooling mama, and resides in Coral Gables with her husband, and two children.  Visit her website to learn more, or follow her on Instagram. 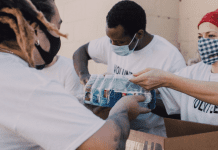 Giving Tuesday 2021: A Global Effort to Bring the World Together 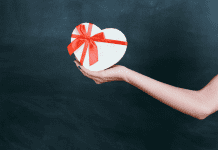 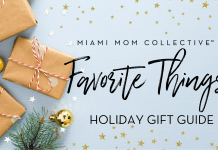