This post is sponsored by Cosmis Picture. All opinions are those of the author.

As someone who grew up in Miami, Florida my whole life, the Arctic is not something I can easily imagine. It’s hard to envision what the complete OPPOSITE of Miami looks like. We are accustomed to the sun, humidity, and immense traffic. Wildlife to us usually includes a sea creature of some sort or a pesky iguana climbing a palm tree. Star glaing means bumping into a celebrity somewhere on South Beach. However, the film The Arctic: Our Last Great Wilderness will stop you dead in your tracks and remind you about what the world is really like miles and miles away from Miami.

This beautiful IMAX® film made its world premiere at the Museum of Discovery and Science (MODS) in June and I had the pleasure of seeing it on the big screen with my Mom. 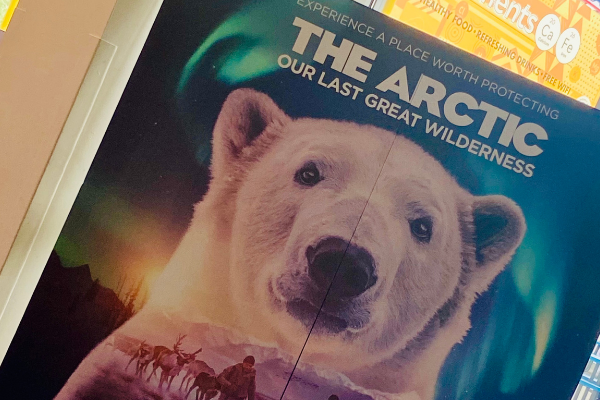 WHAT IS THE ARCTIC?

The Arctic is in the northernmost part of Alaska. It is home to over 200 different species of birds (from all 50 states!), 400 different species of plants, and over a dozen different kinds of fish. Can you believe it? This doesn’t even include the polar bears, grizzly bears, musk ox, herds of porcupine, caribou, or the tribes of the indigenous Gwich’in and Inupiat people.

As recently as 1960, the US Government added most of the land under their protection. Unfortunately though, 1.5 million acres has been left unprotected. Although this sounds like a lot of land, when you add over 200,000 caribou and hundreds of polar bears (who can weigh over 1,500 pounds) space gets cramped very quickly. When also sharing the land with energy developments, this is guaranteed to create chaos amongst the Arctic and its inhabitants.

HOW THE FILM OPENED MY EYES TO THE ARCTIC

When you watch the movie trailer for The Arctic: The Last Great Wilderness, the polar bears and icy mountains instantly WOW you. However, once you see the entire film, you become captivated by the story and begin to realize the danger that this 8.9 million acre (about the size of South Carolina) Arctic National Wildlife Range is currently under.

The narrator of the film is Princess Daazhraii Johnson. She is a member of the indigenous people who have long inhabited the Arctic.

Throughout the film you’re exposed to the incredible environment of the Arctic. Viewers get a first hand look at how the birds migrate to this place from six continents. You also learn about how animals have adapted to survive in the intense climate as well as a close look at the beautiful wildlife that call this place home. It also becomes apparent that this “public land” is our responsibility to preserve.

National Geographic photographer Florian Schulz spent 5 years to film “the elusive 200,000 strong Porcupine Caribou herd as it migrates to the Arctic Coastal Plain, one of the longest animal migrations on earth.”

The film opened my eyes to how 2017 was a sad year for The Arctic. It was the year that an amendment to the 2017 Tax Bill included the sale of coastal plain to be used for oil development. The land was being bought out by the highest bidder, endangering the existence of the Arctic all together.

As stated on protecttheartic.org, “this change in policy risks wildlife, the Gwich’in people, and the global climate. The Arctic Refuge faces being sold for energy development as soon as this year. This process is moving ahead without the knowledge necessary to protect its people and natural resources.”

WHAT CAN WE DO TO HELP?

Inform yourself on what actions you can take from Miami, FL or from wherever you live. This is not just an Alaskan problem. It is a national, even global problem.

Educate your children so that the next generation is aware. The Protect the Arctic website has a section of educational resources where kids can get involved as well! Click here for fun facts and coloring pages for the kids to help educate them about preserving our last great wilderness!

Finally, take as little as 90 seconds to call Congress and ask them to protect the Arctic. You have until November 15, 2021 to take action! Take this to all social media platforms and follow @ProTheArctic and tag them with all your support. The indigenous people, the wildlife, and the entire Arctic are depending on us! 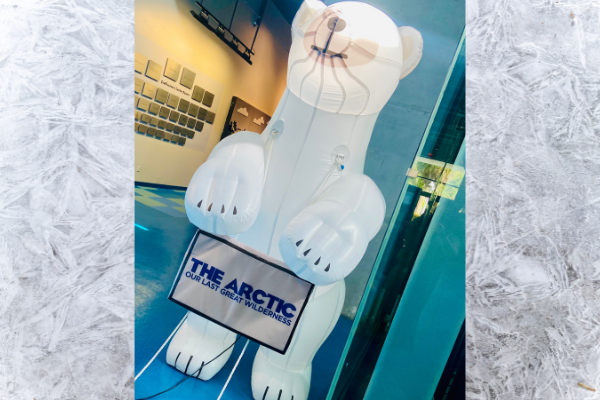 WHERE TO SEE THE ARCTIC: THE LAST GREAT WILDERNESS

The Museum of Discovery and Science in Ft. Lauderdale is currently hosting The Arctic: Our Last Great Wilderness in its IMAX Movie Theater. (*MOM HINT: This particular movie theater serves STARBUCKS!)

It is a beautiful venue and the film and photos alone do not do justice to showing the true beauty of The Arctic. Seeing the film in 3D is a must! It is the closest thing we have to truly experiencing our last great wilderness. Hopefully one day we can take the next generation to see the wonders of the Arctic. Until then, let’s continue to fight to protect it from afar. 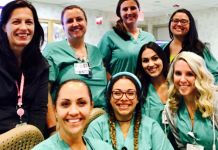 National Nurses Week: Celebrate the Nurses in Your Life 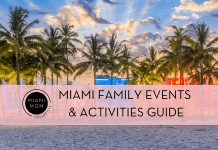 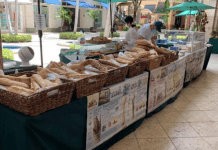 Spring in Miami: A Mom’s Guide to Spring Break & Seasonal...

Family Day at The Underline, Art of Nature