This post is sponsored by our friends at UM-NSU CARD. All opinions are those of the author.

Nothing ever prepared me for the day that my son Lance received the diagnosis of Autism Spectrum Disorder.

He was 29 months old then. Hearing the word autism attached to my kid was both confusing and distressing. Leaving the neurologist’s office, my husband and I had more questions than answers. We were very apprehensive about a future that looked so bleak for our child.

Autism Spectrum Disorder (ASD) is a neurological disorder which affects the way the brain develops and processes information. Its characteristics include impaired social interactions, problems with verbal and nonverbal communication, and unusual, repetitive, or severely limited activities and interests. It is a “spectrum” disorder because it varies widely in its specific behaviors and severity from one person to another. Some individuals present with such mild symptoms that the disorder may go largely unnoticed by others.

The prevalence of Autism Spectrum Disorder the year Lance was diagnosed was 1 in 110. And we soon discovered that it was difficult to find the right resources.

Thankfully, our pediatrician referred us to UM-NSU CARD.

The University of Miami – Nova Southeastern University Center for Autism & Related Disabilities (UM-NSU CARD) is a non-profit that provides primary services including information, resources, medical referrals and support groups for families of loved ones with ASD.  Additionally, UM-NSU CARD provides training and workshops for parents and educators, as well as public education and awareness activities.

That first contact started our bond with this amazing organization as we navigated through the challenges of this disorder.

Five years after my son’s diagnosis, my daughter Lauren received the same findings at 43 months. We were back to square one.  Having two children on the Autism Spectrum is not just emotionally arduous, but physically difficult as well. It placed a heavy strain on our finances and marriage. I put any career advancement on hold so I could focus completely on my children. My faith was tested but strengthened at the same time. 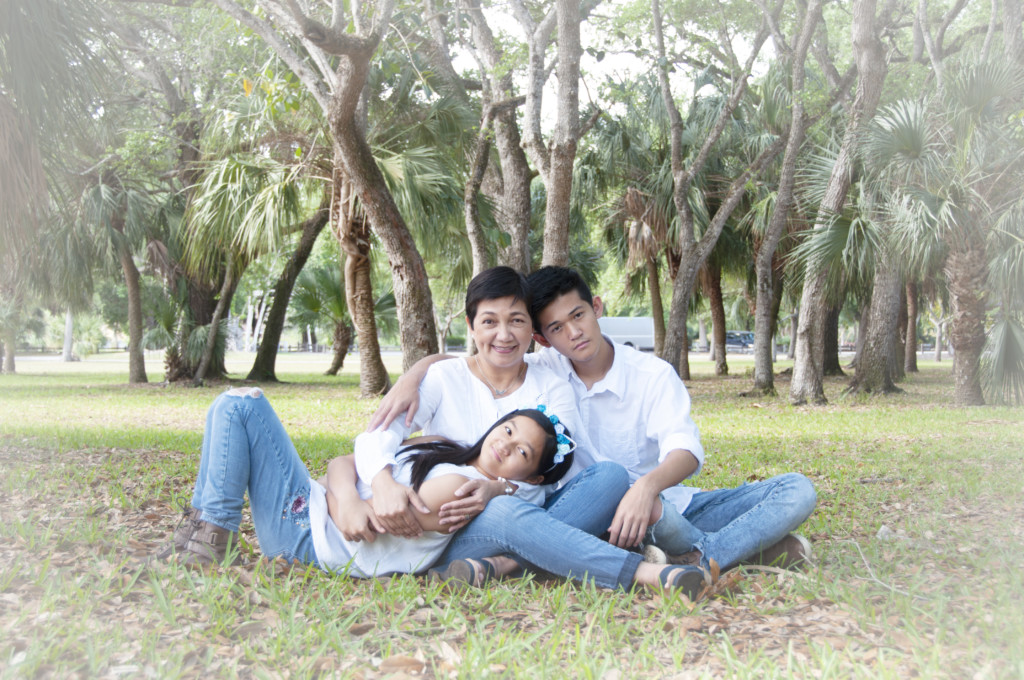 UM-NSU CARD was with us along the way. If we were in the desert, UM-NSU CARD was the oasis. They guided us to support groups, workshops, summer and spring camps, social skills training and so much more. They are a major part of our cheering squad. Sadness was divided, while joys multiplied thanks to the caring staff. Dr. Jennifer S. Durocher, the first UM-NSU CARD clinician to who evaluated Lance, is now a very good friend of our family. She has witnessed my children blossom through the years, despite the tears and sleepless nights.

We have been working with UM-NSU CARD for almost 14 years. And this year, Lance is the featured artist for the non-profit’s signature fundraiser, the 2019 Tropical Nights Annual Gala.  The gala will take place later this month on April 27. Although it’s hard to believe, Lance, who as a little kid used to cry when he saw crayons and pencils, is now a 16-year old digital artist. For him, creating this year’s artwork was a way of giving back to the people who have been instrumental in the favorable outcome of many individuals on the autism spectrum. 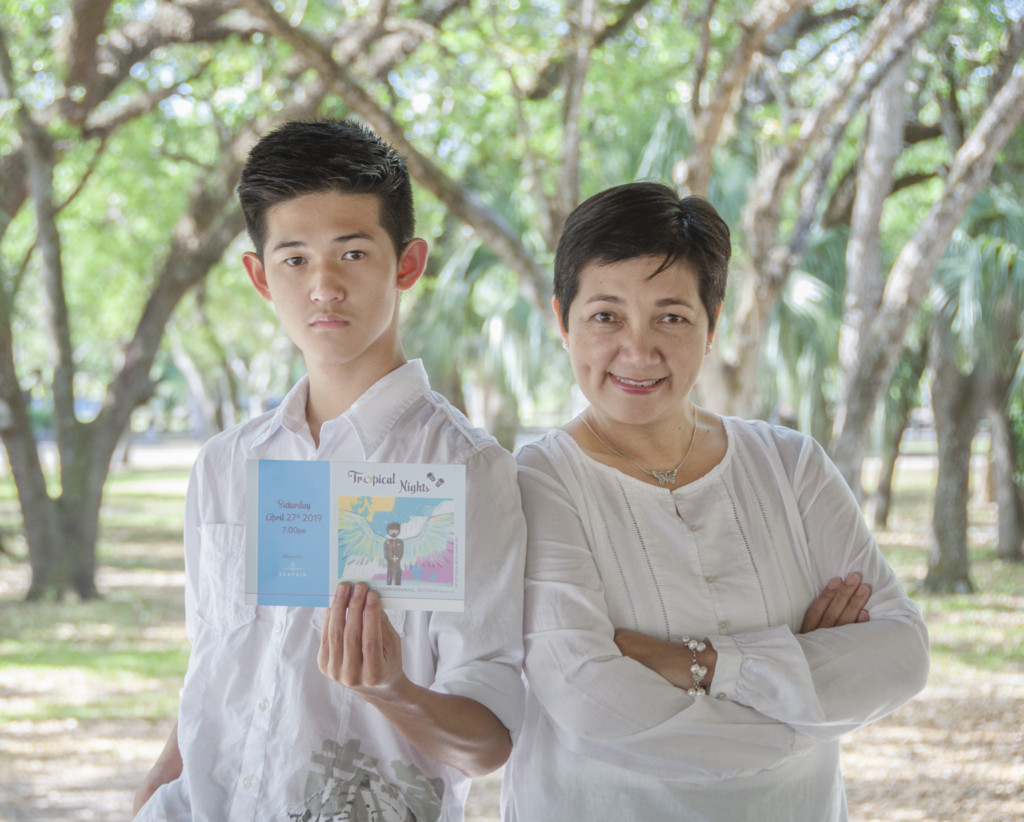 Ironically, both of my kids are actively involved in the performing arts despite their journeys with social anxiety.

Lance has been dancing hip hop since the fifth grade. He is a member of his high school’s drumline and is a self-taught audio mixer. Meanwhile, Lauren’s passion is contemporary dance and singing. She is a member of the school and church choirs and is currently a part of the Miami Children’s Theater production of Mulan. Both kids are active in the youth groups of our church. And for these kids to venture into the performing arts is a miracle in itself that only God could explain.

As we kick-off Autism Awareness Month, I can tell you that parents and guardians don’t have to face the challenges that ASD brings alone. And that early diagnosis is essential.

Some of the common and varied indicators of a possible Autism Spectrum Disorder include:

There is a wellspring of community resources and support groups available, as well as a much better understanding of ASD that was not available even a decade ago. To learn more visit www.umcard.org. 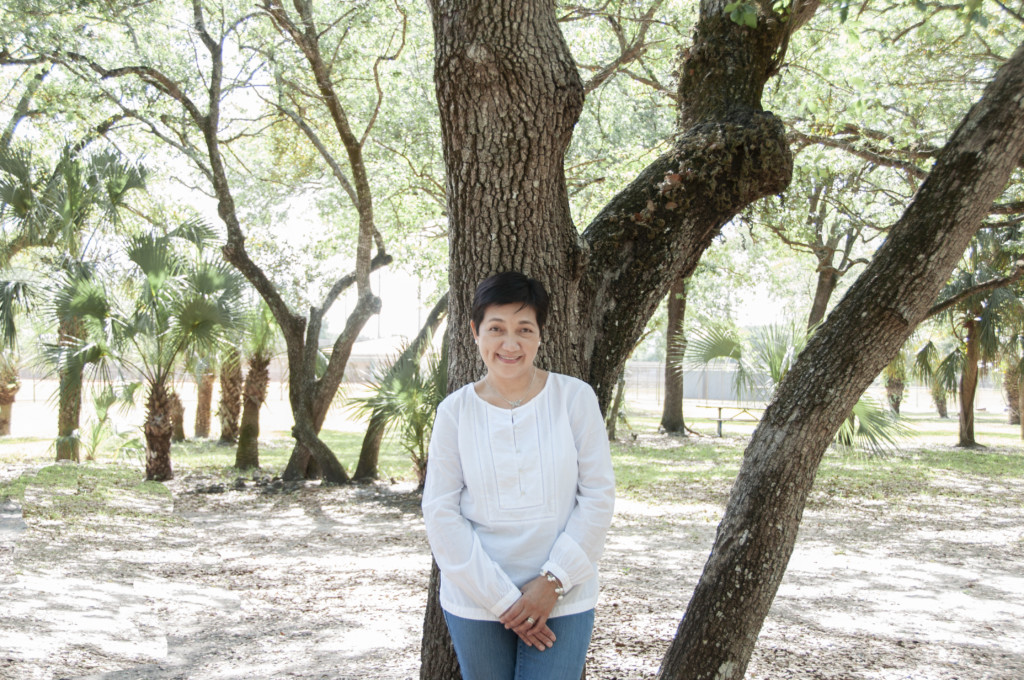 Jo Hondrade, mom of 2 children with Autism Spectrum Disorder, has been married for 24 years to her college sweetheart, Rey. Both of them are nurses by profession for 29 years. Being nurses and parents of children on the autism spectrum, they both became resource and parent advocates for families with children who are newly diagnosed with ASD.  The family has been involved with UM-NSU CARD for almost 14 years.

Through the years, their home has welcomed other parents who were just starting to face the difficult challenges that come with the diagnosis. Jo and Rey are also actively involved in their church through the Couples For Christ Ministry. This community has also supported them immensely as they’ve walked through the struggles of raising children with special needs. Jo, who was proud to turn 50 years old this March, attributes her perseverance and optimism to her faith in God. She truly believes that it would have been impossible to sustain hope for the future of her children and her marriage if there was no divine intervention. 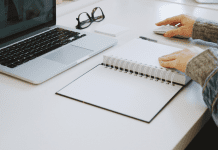 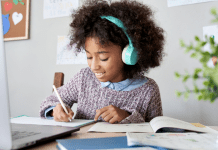 GoPeer: The Perfect Tutoring Platform for Every Miami Mom 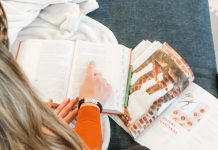