Legacy. What is a legacy?  It’s planting seeds in a garden you never get to see.

More Than Just a Month

Since 1968, September 15th has marked the beginning of Hispanic Heritage Month.  This month is used to recognize the contributions made to the United States by Hispanic and Latino Americans.  It’s an opportunity to celebrate their heritage and culture, as well as recognize the important presence of Hispanics in our culture.  I was born in this country to Cuban parents who emigrated to the States in the 1960s. That became the foundation of my legacy as a Hispanic American.

To be honest, I feel a little unqualified to write a post about Hispanic Heritage Month.  You see, we’ve never really celebrated it.  As a child growing up in Miami, I don’t really remember doing anything special as a family to commemorate this month.  We haven’t really done it with our kids either.  Instead, the commemoration of our culture has always kind of taken place a bit organically as a part of our daily lives, not just one month a year.  Acknowledging our family’s Hispanic heritage doesn’t wait until September, but is celebrated throughout the year.  There have been a few ways we’ve tried to instill this heritage in our kids, as well as teach them about our Hispanic culture.

Before we get into that, I will digress for just a moment.  For those of you that don’t know me, I’m really into words.  Specifically, what words mean.  Not what people think they mean, mind you, but what they actually mean. Once I’m armed with what words truly mean, I can be sure to use them properly.  What can I say, the word nerd runs strong in me.  According to Merriam-Webster’s online dictionary (My favorite dictionary, by the way.  I told you I was a huge word nerd!), here are some definitions for us:

Hispanic – adjective
1 : of, relating to, or being a person of Latin American descent and especially of Cuban, Mexican, or Puerto Rican origin living in the U.S.
2 : of or relating to the people, speech, or culture of Spain

heritage – noun
1 : property that descends to an heir
2a : something transmitted by or acquired from a predecessor : legacy, inheritance
b : tradition
3 : something possessed as a result of one’s natural situation or birth : birthright

Focusing on what these words mean brings fresh perspective to this Latina, especially as it relates to my heritage.  It’s something that has been passed down to me.  It’s tradition, a legacy I’ve inherited.  My birthright.  Those things aren’t limited to just one month a year.  However, I can use Hispanic Heritage Month as an added opportunity to celebrate our Latino culture.

In my research for this post, I stumbled across this New York Times article that shared some great ideas for celebrating Hispanic Heritage Month.  It was neat to see how much of what they shared were things we had put into practice in some way, shape, or form as a family.  Here are some of their suggestions, with a twist:

There is much inspiration we can glean from in learning about the accomplishments both past and present of folks like Sonia Sotomayor, Gloria Estefan, Lin-Manuel Miranda, and Jose Marti, just to name a few.  In addition to famous Hispanics worldwide, nationally, and even locally in Miami, let’s not forget the heroes in our own family – our abuelos, bisabuelos,  tios and tias, and other relatives.  Their accomplishments should be made famous to the next generation too.  The struggles of starting over in a new country, rising above all of those challenges, all to make a better life for the next generation is not something we want to be forgotten.  There is much inspiration we should be gleaning from in our own families.  Learning leads to inspiration, which leads to legacy.

If there’s one thing I love about my culture, it’s most definitely the food.  Food and mealtime, whether it’s restaurants or home-cooked meals at Abuela’s house, play a huge role in our Hispanic legacy.  There are dishes, like my Abuela’s flan recipe, that has been passed down from generation to generation, and are now being prepared by my daughters.  Pronouncing the dish names by their actual names has also had the unexpected benefit of helping us work on Spanish with the kids as well.  They will ask for arroz con frijoles and not rice and beans – he dicho!  Learning leads to inheritance, which leads to legacy.

From salsa and chips to dancing salsa, there are so many wonderful examples to choose from that have been inspired by the sights, sounds, and history of Spain, South America, Central America, and the Caribbean.  The Miami-Dade Public Library system is a wonderful local resource for Miami moms, so click here to search for Hispanic Heritage Month events at your local library branch.  There is rhythm and emotion that can only be expressed in Spanish.  There are stories that can only be told by Latinos.  Learning leads to artistic expression, which leads to legacy.

I’ve often wondered what it means to be Hispanic.  I know throughout my life I have experienced what have been the potentially stereotypical opinions of others and what they believe being Hispanic is, and the ways I either do or do not fit that mold.  There is so much rich diversity within my culture, not only my Cuban culture, but my Hispanic culture as a whole.  Hispanic is so much more than just one Hispanic culture.  It is so much more than food, music, or someone that’s achieved some measure of success in our eyes.

The legacy I leave behind for those that I will possibly never meet is something that I should give more than just a passing thought to.  My Hispanic heritage is one very important part of that legacy.  I pray that legacy would include stories of faith, hope, and love.  Stories of perseverance and learning from our mistakes.  Stories of family get-togethers, phenomenal food, and music that at times had more spice and seasoning than that food.

I’ll leave you with one final definition before I go:

May the legacy I leave as a Hispanic be a gift.  A gift that takes more than just one month a year to unwrap. 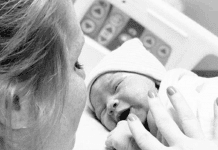 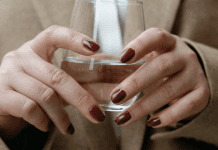 Pumping at the Office: 5 Helpful Tips 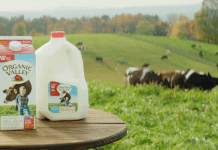