On April 29, 2018, I decided I wanted to see how life felt without alcohol. I didn’t begin by saying “never again!” but allowed myself to gently explore each scenario as it presented itself. I don’t count the alcohol-free days like many of my sober friends do, but I note the anniversary each year and write an update post on my Instagram. I save each one in a highlight bubble at the top of my profile.

The first question when I say I don’t drink is often, “Were you an alcoholic?” So, let’s get that out of the way with a short answer: “No.”

But I always knew in the back of my mind that alcohol wasn’t doing me any favors. Like, ALWAYS knew. Although I didn’t drink as frequently as other women in my social circle, my stop-button was unreliable. I’d usually say “I’ll have one glass” and before I knew it, I was accepting a second or third round; I’d pay the consequences later with a dull headache, increased anxiety, and foggy head. 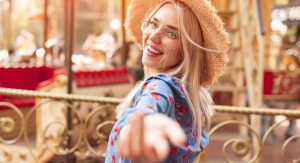 One December morning in 2017, I held down waves of hangover-nausea while sitting “criss-cross-applesauce” in my daughter’s preschool classroom, balancing her on my lap as we sang Christmas carols and passed around pastries. The night before had been a holiday party with friends and I’d had too much to drink. I… felt… awful.

Soon after, I discovered the #sobercurious hashtag on social media and went down the rabbit hole. I was fascinated as I read about the incredible benefits people were sharing after giving up alcohol; for example, less anxiety! I found this ironic since alcohol is a common and socially acceptable way for American adults to deal with anxiety. Many drink to take the edge off, whether it be social situations or frazzled nerves after a long day of parenting. PLOT TWIST: it turns out that alcohol is proven to increase anxiety!

Popular culture is firmly in the “wine helps moms be happier” camp and it leaves some of us feeling afloat. You’ll find endless memes of how “Mommy Needs Wine.” But it’s harder to find a community of women who choose not to drink or who accept that some of us just don’t care for it. Maybe you’ve seen some version of this popular meme: “Our kids can only be friends if you drink wine on the playground.” Ouch.

Here’s where I’ll confess that I had a difficult time writing this post. I re-read every sentence, afraid of sounding sanctimonious. I believe that both sides of any coin deserve fair airtime, but how can I do it without sounding preachy?

Simply because I had this hesitation at all made me realize that, at the very least, it was worth starting the conversation.

Sobriety isn’t for everyone. But neither is drinking alcohol.

I’m not sure what I expected but I’d say that some results of this ongoing experiment aren’t so surprising: some social awkwardness, mental clarity, better sleep, more energy, less anxiety, and evolved friendships. However, there were some things I didn’t necessarily expect:

Alcohol may not be a problem. But what if it is?

Have you ever had a small voice inside you whisper that your life might be better without alcohol (or at least with less alcohol)? I know how hard it is to allow yourself to explore that idea. We’re bombarded with the insinuation that “only alcoholics need to give up alcohol.” Even considering giving up drinking felt shameful and embarrassing to me at first; people might wonder if I’d been hiding a dark secret of addiction or not want to include me in social events. It might mean that I have a problem.

But the truth? I don’t have a problem. Alcohol is a problem… for me, anyway.

I’m not an addict. I don’t have an addictive personality. I’m in excellent health both physically and emotionally. I simply know that I’m a brighter version of myself in this season of my life; the partial catalyst was the decision I made in April 2018.

Information About Alcohol Use Disorder (AUD)

This conversation might be uncomfortable for you; please know that I believe, and science supports, that it’s entirely possible to have a healthy, balanced life that includes alcohol. But for many moms who have suffered trauma, live with anxiety or depression or have a family history of alcohol abuse, it’s playing with fire. You probably know someone who you refer to as an “alcoholic.” That’s a colloquial term used to refer to someone with Alcohol Use Disorder (AUD). When I did the evaluation below (from the National Institute on Alcohol and Alcoholism website), my number was five.

According to the NIAAA, healthcare professionals use criteria from the Diagnostic and Statistical Manual of Mental Disorders, Fifth Edition (DSM-5), to assess whether a person has AUD and to determine the severity if the disorder is present. Severity is based on the number of criteria a person meets based on their symptoms—mild (2–3 criteria), moderate (4–5 criteria), or severe (6 or more criteria).

In the past year, have you:

Any of these symptoms may be cause for concern. The more symptoms, the more urgent the need for change.

If you or a loved one are struggling with mental health or substance use disorder, contact the Substance Abuse and Mental Health Services Administration (SAMHSA) National Helpline at 1-800-662-4357 for information on support and treatment facilities in your area.

Curious about exploring an alcohol-free lifestyle? Check out this post from another Miami mom who shares her own journey and some of the lessons she’s learned. 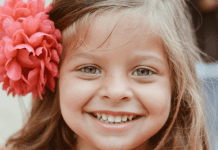 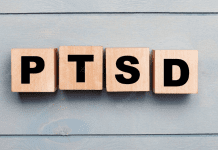 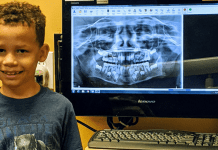