Columbus sailed the ocean blue in 1492… and discovered “America.” Except, he didn’t. Not for the approximately sixty million indigenous people that already called Turtle Island home. Cristoforo Colombo (a.k.a. Christopher Columbus), an Italian explorer working for the Spanish crown, “discovered” the “New World” for the nearly 70 million or so people living across Europe at the time.

Turtle Island, the name used for Earth or North America by some Indigenous people in Canada and the United States, is based on a common North American Indigenous creation story. To the 600 tribes that inhabited North America prior to the arrival of a European privateer, this was home and always had been.

And yet, since 1792 Columbus Day has been celebrated in the United States, thereby promoting the idea of a European discovery of a “New World” and essentially erasing the history of the land’s original inhabitants. 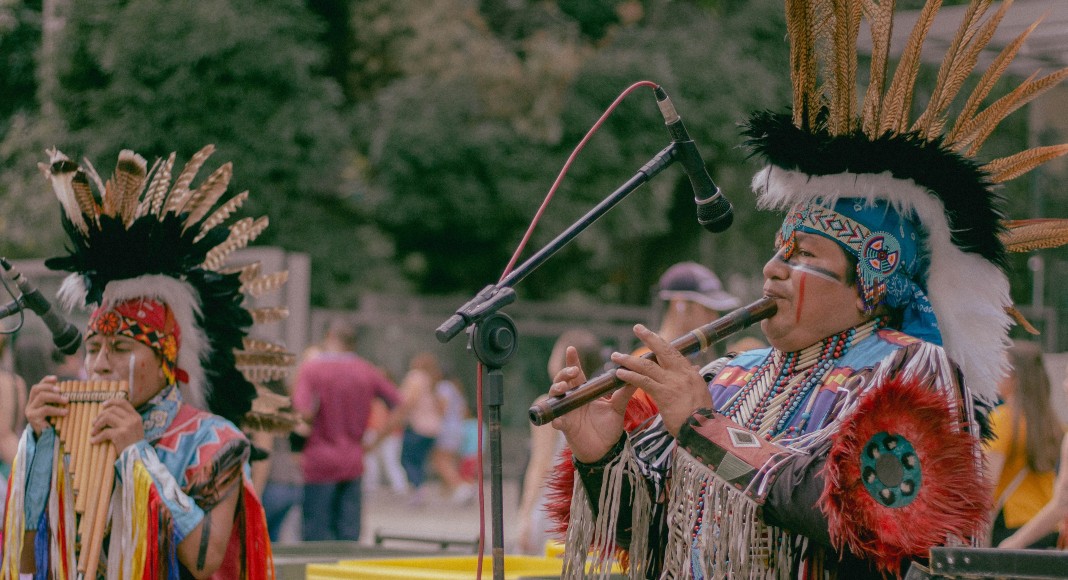 It wasn’t until 1992, on the 500th anniversary of Columbus’ fateful trip, that the first Indigenous Peoples’ Day was celebrated in Berkeley, California by American Indians. The City Council ratified the holiday shortly thereafter.

Apparently, word travels slowly and didn’t reach my elementary school class in Miami. At the time, we were still ignorantly reciting the same jingle. Columbus sailed the ocean blue, the pilgrims broke bread with Native Americans, and all was rosy and right in the world.

Of course, there was always the same nagging question in my kid brain, “How could someone discover a place that was already inhabited?” I don’t remember anyone ever answering my question, and until high school, I subscribed to the cultural narrative of a white European savior discovering what would later become the United States.

The story of Indigenous People in North America was one I had to discover on my own. One that I am still trying to unearth, and an assignment I feel largely behind on. Though it is not altogether my fault, it is my responsibility. I also feel tasked to impart this knowledge to my child.

Which is why when she came home with an assignment describing Christopher Columbus as ‘the explorer who discovered America’, my immediate question was, “How could he have discovered a place where people already lived?” Internally, I was also thinking, “How is it possible that this is still being taught at school?”

Wouldn’t it be more true to say that Columbus made America known to Europeans while acknowledging the somber fact that his “discovery” led to the near decimation of the rich and diverse cultural heritages of about 600 indigenous tribes? Further, could we celebrate the history and diversity of these First Nations by educating ourselves and our children?

I am not an indigenous person of North America. Like many Miamians, I am a first-generation American from the Caribbean, a place with its own sordid history. Because of the body I was born into and the place in which I live, I am not the best guide to learning more about Indigenous People. What I am able to do is tell you is how I try, however imperfectly, to honor the people who lived on this land before me.

Learn About the Land You’re On

Using native-land.ca, any one of us can discover the tribal territories in which we now reside. A quick input of my zip code tells me I live on Seminole, Tequesta, and Taino land. Areas within Florida were known as New Yufala, “planted in a beautiful and fertile plain,” and later Tcuko tcati, or “Chocochatti,” meaning “Red House” or “Red Town.”

Speak to Indigenous People About Their Land & History

Descendants of the Seminole and Miccosukee tribes remain in Florida, so it behooves us to reach out and learn about their heritage – their history, customs, language, and land. Just west of Miami on the Tamiami Trail, the Miccosukee Tribe of Florida runs the Miccosukee Indian Village, which we can visit to learn about tribal arts and culture.

The Miccosukee were originally part of the same group of Creek Indians as the Seminole Tribe who fought against the U.S. government during the Seminole Wars of 1800. The word “seminole” was likely a Muscogee (or Creek Nation) interpretation of the Spanish word cimarrón, meaning “runaway” or “wild one.” The Seminoles call themselves the “Unconquered People” because they are the descendants of just 300 people that escaped capture by the U.S. Army in the 19th century.

With the advent of the internet, we are also able to hear the stories of Indigenous People across North America. I myself find hope in the story of White Buffalo Calf Woman, which is central to the religion of the Lakota people.

The majority of the ​​Lakota live at the 2,782 square mile Pine Ridge Reservation in southwestern South Dakota. But we don’t need to travel to South Dakota to hear their oral transmissions. In fact, the first time I heard the story of White Buffalo Calf Woman was from a Lakota elder on YouTube. The adventurous story about being guardians of the sacred land is a good way to introduce children to indigenous cosmology and conservation.

I also follow indigenous rights activists on Instagram like Jordan Marie Daniel (@nativein_la) who runs to bring awareness to ‘missing and murdered indigenous womxn, girls, two-spirits and relatives’. It was through her profile in Runner’s World that I began to think of running, not just as activism, but as a physical prayer. In fact, it reminded me of the practice of modern-day Mexico’s Tarahumara Indians, as they were described in Christopher McDougall’s book “Born To Run.”

Read Books By & About Indigenous People

Which brings me to books, as so many things often do. One of my favorite ways to continue to learn about different cultures is through story. Some books currently on my TBR pile include Braiding Sweetgrass, An Indigenous People’s History of the United States, and There, There. And I have a list of books to read as a family. Some children’s books in this stack are We Are Water Protectors, When I Was Eight, and Jingle Dancer.

As I mentioned at the start, these are just a few things I’m doing to educate myself and my family, but this list is by no means exhaustive. My hope is that we all keep learning, and stay open to the wisdom of the diverse and expansive heritage of the people that were on this land before some of our ancestors even knew it existed. 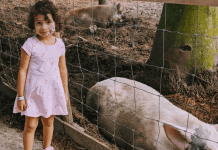 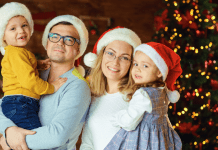 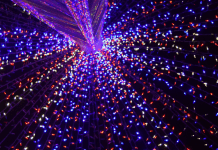 Christmas Light Displays: A List of the Must-See Places in Miami

Your Chance to Become a Certified NLP Expert