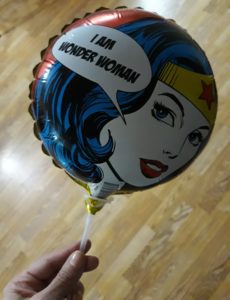 Sunday, March 8th is International Women’s Day.  I know what you’re thinking: Isn’t every day women’s day?  Well yes, but we also have a specific day each year to commemorate it.  Since 1909, Women’s Day has been observed in the United States.  By 1910, 100 women from 17 different countries gathered in Copenhagen to unanimously approve a proposal to honor the women’s rights movement and to support universal suffrage for women.  The United Nations (UN) has celebrated International Women’s Day since 1975.  The UN’s commemoration centers on the rights of women around the world and shines a spotlight on women’s issues globally by focusing on their achievements.

In 2004, the World Trade Center Miami decided to sponsor this event annually to recognize women who have inspired others to make major achievements in international business.  This year’s event will honor women who have made significant contributions in advancing international trade and business in Florida and Miami.  You can find out more about the March 6th event here.

What Women’s Day Means to Me

“I want my daughter to grow up to be a strong woman.  I just need to survive living with her first.”  Not sure where it originated from, but this quote resonates with me so much!

My role as a mother of daughters is not the only thing that forms my being a woman.  My womanhood is shaped by so many things: being a wife to my husband, and mother to my son.  I am a daughter, sister, and friend.  All of these and more are the many facets of my womanhood.

But my heart is especially burdened for what International Women’s Day means to me as a woman that happens to also be the mother of daughters; a strong woman raising strong women.

People describe strong women in so many less than positive ways.  We use words like bossy, loud, emotional, and picky, instead of using words like assertive, outspoken, passionate, and decisive.

Strong women need strong women.
Women that love God and others boldly,
that speak the Truth in love.

Women that are afraid.  Women doing what they’ve been called to do anyway.
It takes a strong woman to raise strong women.
So yeah, it can get a little tense and emotional sometimes.
Here’s to surviving and thriving as we raise our daughters to be strong women!

What It Means to Be a Woman

As women, we go through the various stages of womanhood throughout the different stages of our lives.  Being a woman at 48 is not what it meant when I was 38, 28, or 18.  My journey through girlhood has undoubtedly shaped my womanhood.  My motherhood has also influenced my womanhood in ways I never expected.  Every experience I have gone through–good or bad–has made me the woman I am today.

Being the mother of daughters has helped me get in touch with what it means for me to be a woman in ways it’s hard for me to explain.  I mean, I’m the same woman that is wife to my husband, and mother to my almost 20-year old son. (In the blink of an eye, mommas.  I blinked, and my oldest will be 20.)

And yet, there are facets of my womanhood that I’ve only been able to tap into as a mother of daughters.  It has brought into super-zoom focus what kind of example I want to be to them as a woman.  A woman leading the next generation of women.  The poison of perfectionism used to paralyze me.  I foolishly thought that I had to be perfect in order to be a good example for them.  My journey as a recovering perfectionist and people-pleaser has helped me to learn that the best example I can give them is an imperfect one because that’s reality.

What It Doesn’t Mean to Be a Woman

Society bombards us constantly with what a woman should be.

You’ve got to be strong.  Being successful in business is a MUST.  You must be able to juggle all. the. things. all. the. time. while never missing a beat, always with a smile on your face, and looking ravishingly stunning at all hours.  You’ve got to be careful not to be too emotional because somewhere along the line, emotions became a bad thing to have and express.  And please, whatever you do, don’t forget the coconut oil!

As a woman of faith, what God says about me is what should matter most.

Moms, let’s be careful what burdens we’re carrying as women.  We’re not supposed to be carrying the weight of everyone else’s expectations.

Be the Woman You Were Created to Be

It’s time to embrace our natural God-given qualities as a woman.  It’s okay to embrace our femininity, and all the varied ways we are able to express it.  Our love of beauty and feeling beautiful are gifts.  We are free to nurture and protect those entrusted to us.  Being strong mentally and emotionally, while at the same time being dependent on God can be an example to those around us.  At times it can mean being meek–having strength that is under control–which should never be confused with weakness.

I am thankful for the gift of being a woman.  I am thankful for all the incredible women that have gone before me.  They have impacted me powerfully to be the woman I am today.  I pray I do the same.  For the ones in the photo below, and for all those I may impact as I journey through life. 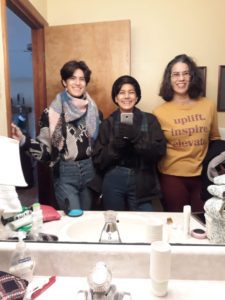 “She is clothed with strength and dignity; she can laugh at the days to come.” Proverbs 31:25 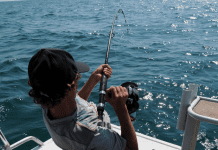 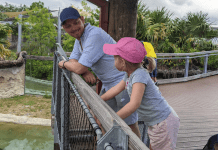 Happy Father’s Day: Never Forget How Amazing You Are! 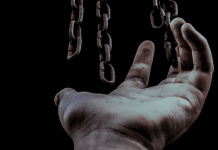 Liberty and Justice for All: Why Should I Care About Juneteenth?

The Little Lighthouse Foundations’s Back to School 2021